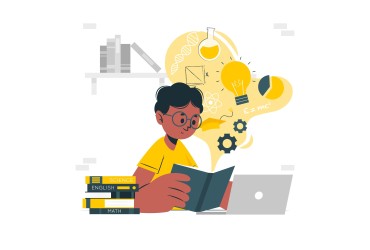 All the students inform you that Nios Admission has been started. Students who want to enroll in NIOS for 10th and 12th class can take admission now. Register now for your Nios Admission!

National Institute of Open Schooling (NIOS) is the best path to get your academic qualification. Nios is the government board which is working under Ministry of Education. Nios is the 2nd largest Open Board in the world and the largest open board system in India.

At the time of pandemic, most of the students have lost their valuable time, now you have chance to enroll in Nios of your academic procedure. You can apply for your Nios admission now!

Way to get Nios Admission:

For Nios admission in secondary or senior secondary you have to require some basic documents. Most of the students worry about how to get admission in NIOS? But now Edyoucate Education Center will help you to get enroll for your Nios Admission.

Students now able to get admission or enroll in Nios with few steps. Admission process with Edyoucate Education Center become easy. If we are talking about India, many students unable to take admission in Nios due to lack of knowledge about the Nios Procedure.

For your best Admission you have to just contact with the Edyoucate at our official website https://edyoucate.in or you can also contact on call +91 90234 31612. You can also fill up the enquiry form at our website for your Nios Admission.

Secondly, Admission procedure in Nios is now easy and comfortable for the students who want to enroll in NIOS. Documents are generally based on your basic documents.

As we know that Nios is the largest Open board system in India, it’s also given us facility to continue our study through at home.

There are many types of admissions available in NIOS for your academic. Due to this we can also call this versatile board system in India.

Public Admission is the basic admission for the academic. Thirdly, Public examination held twice in the year. 1st session is in March-April and 2nd session examination happens in October-November. These are the admission where you have to complete your academic session.

Admission for stream 1 block 1 is the admission where Examination held in the month of March-April. In this session large number of the students enroll for Nios Admission. This is the basic academic session as the other board have.

In the public examination Nios provide facility of Assignment which is generally called Tutor Marked Assignment (TMA). According to us TMA is the one of the best parts of the Admission. Therefore, TMA cover 20% marks of the Theory Examination.

In the pandemic students passed on the basis of Tutor Marked Assignment. TMA marks will include in the final marksheet of the examination.

You have also facility of change your examination center if you want.

Stream 1 block 2 admission also for those who lost their academic session of March-April by any reason.

At last, all the assignment and the practical have to prepare as same as Stream 1 block 1. For the admission in Stream 1 block 2 you can visit https://edyoucate.in or you can call Edyoucate Education Center at +91 90234 31612.

In On-Demand, Examination is held in the Regional Center and the Headquarter of Nios.

Examination of On-Demand held in the 8 months of the year. In On-Demand you have to prepare practical files. On-Demand admission does not provide Tutor Marked Assignment (TMA) facility.

Best part of the On-Demand Admission is that you can transfer your maximum 2 subjects from the last mark sheet. Transfer of Marks called TOC in NIOS.

However, For TOC you have to submit your failed original marksheet in head quarter with the notification along with the admission form. After that you will get your number in Nios final marksheet.

On-Demand admission is for those students who failed in their board exams and want to get passed in minimum time duration.

In On-Demand Examination you can able to get your result within 45 days.

In other words, for the best query about Nios Admission and Nios On-Demand Admission you can call Edyoucate Education Center and you can also make query on our website www.edyoucate.in. You can also call us +91 90234 31612.